WHY THE WINGMAN 10K?

On 21 July 2008, our nation lost six of its military heroes in a B-52 crash off the coast of Guam.  One of those heroes was my best friend, Joshua Shepherd, who I called my “WingMan” and who commissioned with me just a few years earlier.  At his funeral, several of his friends committed to completing the Air Force Marathon the next year in his honor, and from then forward, every year I have tried to honor his memory by both doing something positive and by running a race on the anniversary week of his passing.  In 2014 I combined those ideas and became the race director for a new ORRRC race — the WingMan 10K — one that I hope will honor him and the values he taught me:  be a friend to everyone, chase your goals, and never leave someone behind.  I hope that you will join us and bring a friend to our race to remember a great father, brother, son, and most of all a great friend, as well as all of those who have given their lives serving our great nation!  — Eddie Weaver

The WingMan 10K is all about meeting fellow runners and teamwork!  Therefore, we have a unique race structure to encourage you to meet others and cheer them on as your team works to beat the other teams!

●      Each runner will be randomly assigned one of six teams (yellow, green, blue, orange, red, or purple) and each walker or non-competitive athlete will be assigned one of two teams (black or gray), and given a wrist-band of that color.  Team assignments will be randomized to make sure the numbers-per-team are approximately even.
●      Runners will start on a staggered start (colloquially called a “handicapped start”) based on their age/sex, with “Women 70+ years old” starting 32 minutes before “Men 20-34 years old” (and everyone else in between in “Waves”).  This will help even out the teams and negate any benefit to having an age/sex-stacked team, allowing teams to evenly compete with each other.  (Note: The chip-timing results will reflect your true race time, but you’re encouraged to bring your own watch if you want a very precise time.)
●      The first 25 runners overall, plus the first color team of runners and first color-team of walkers with their team-members into the finish will earn an award! 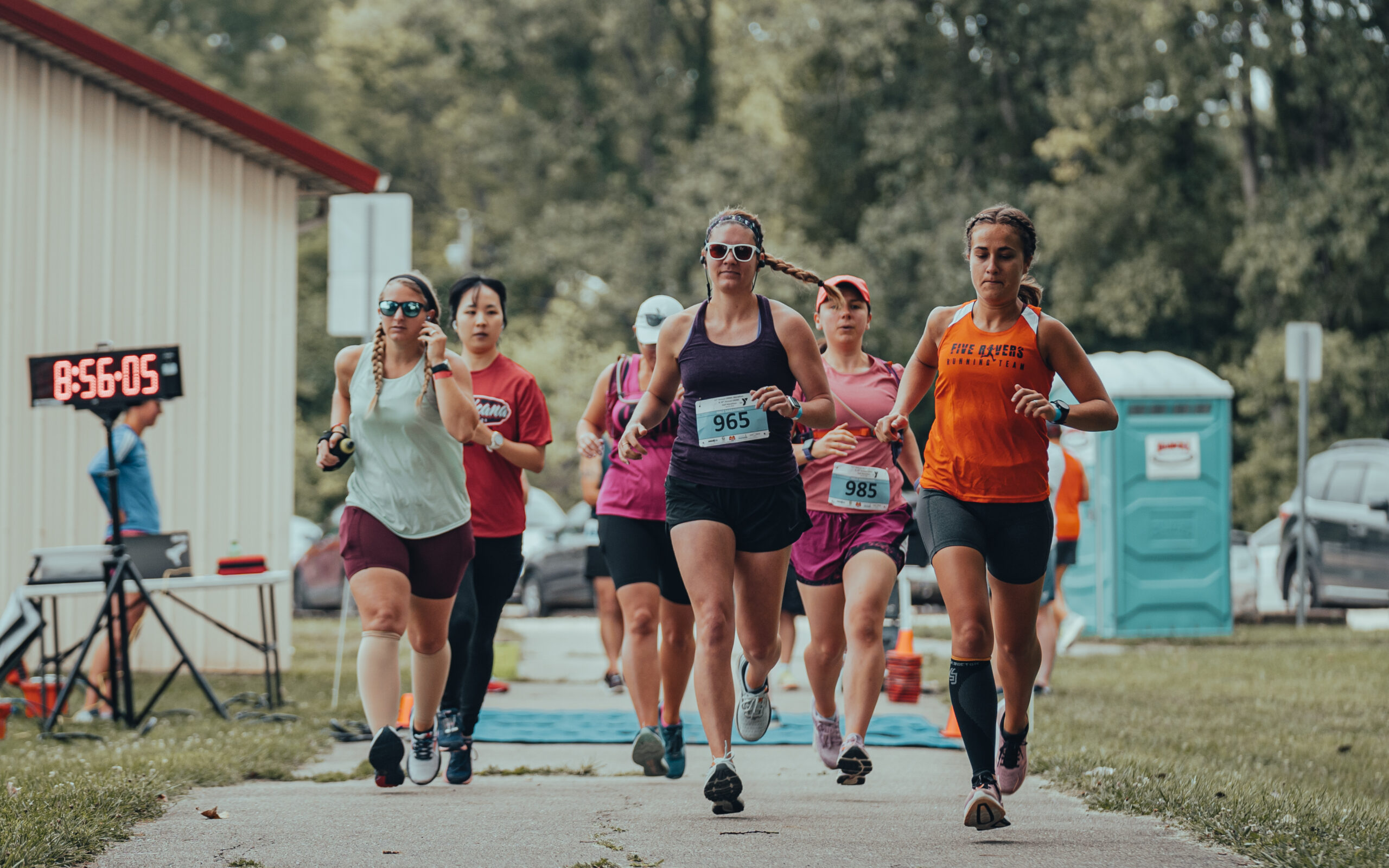 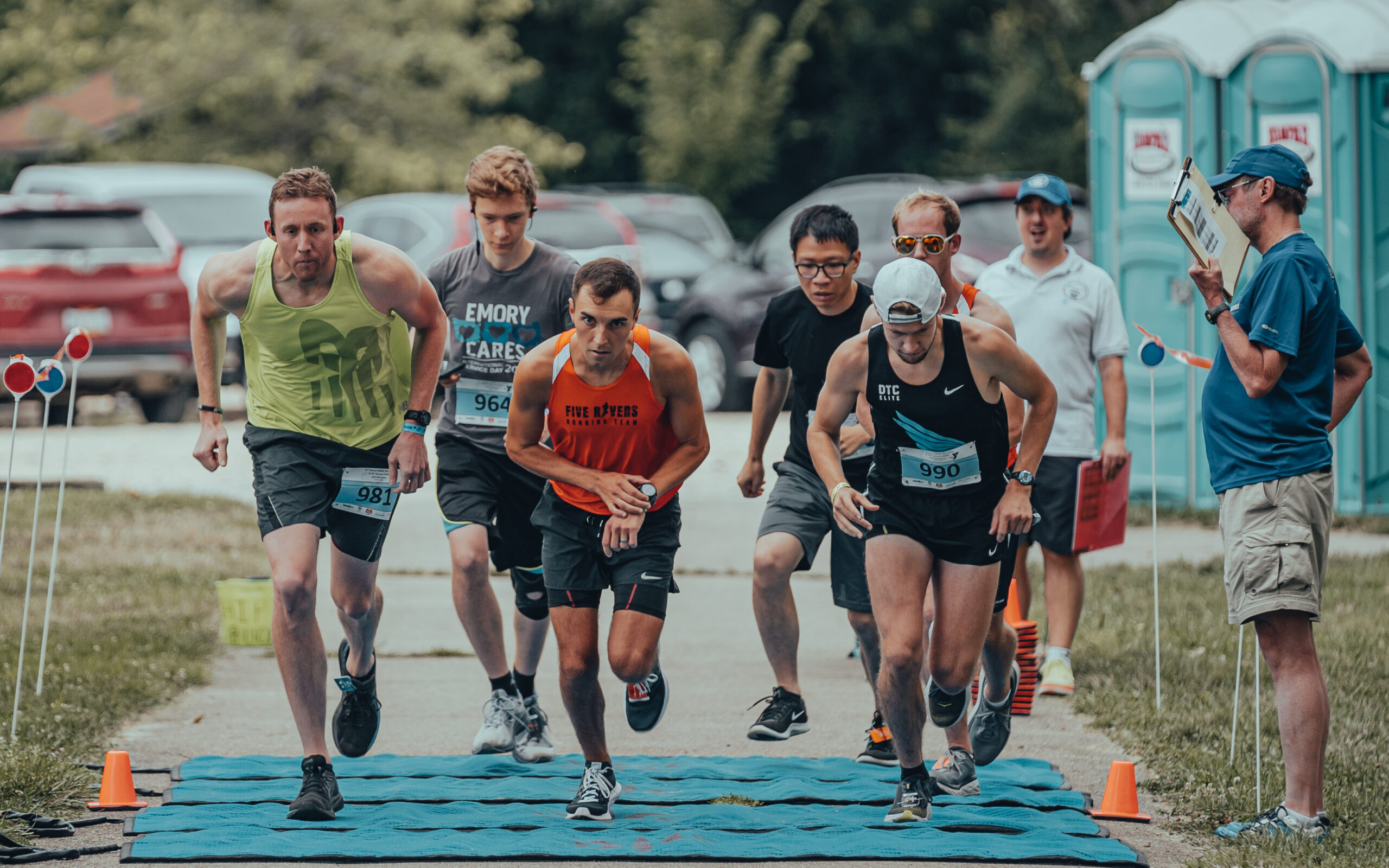 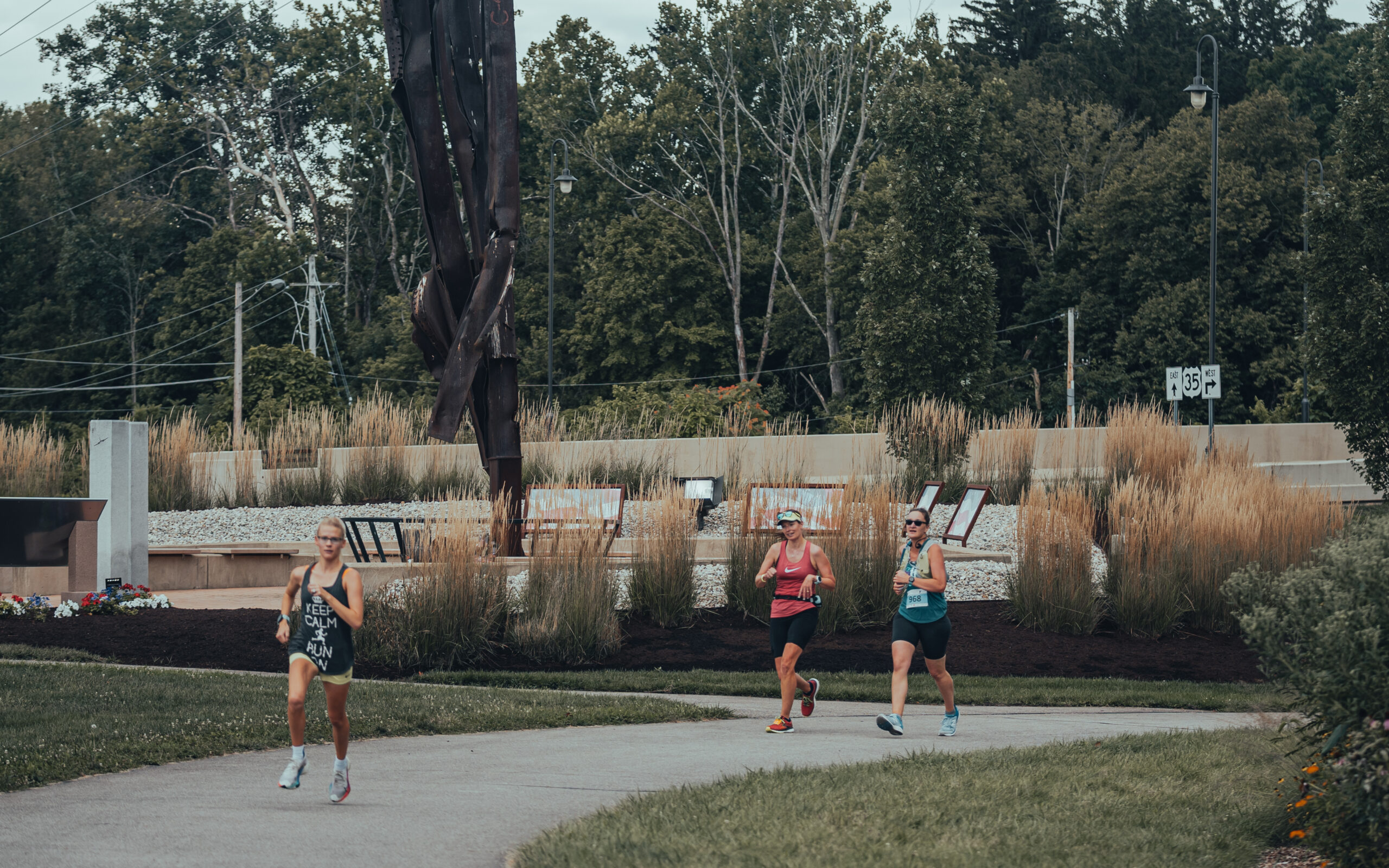 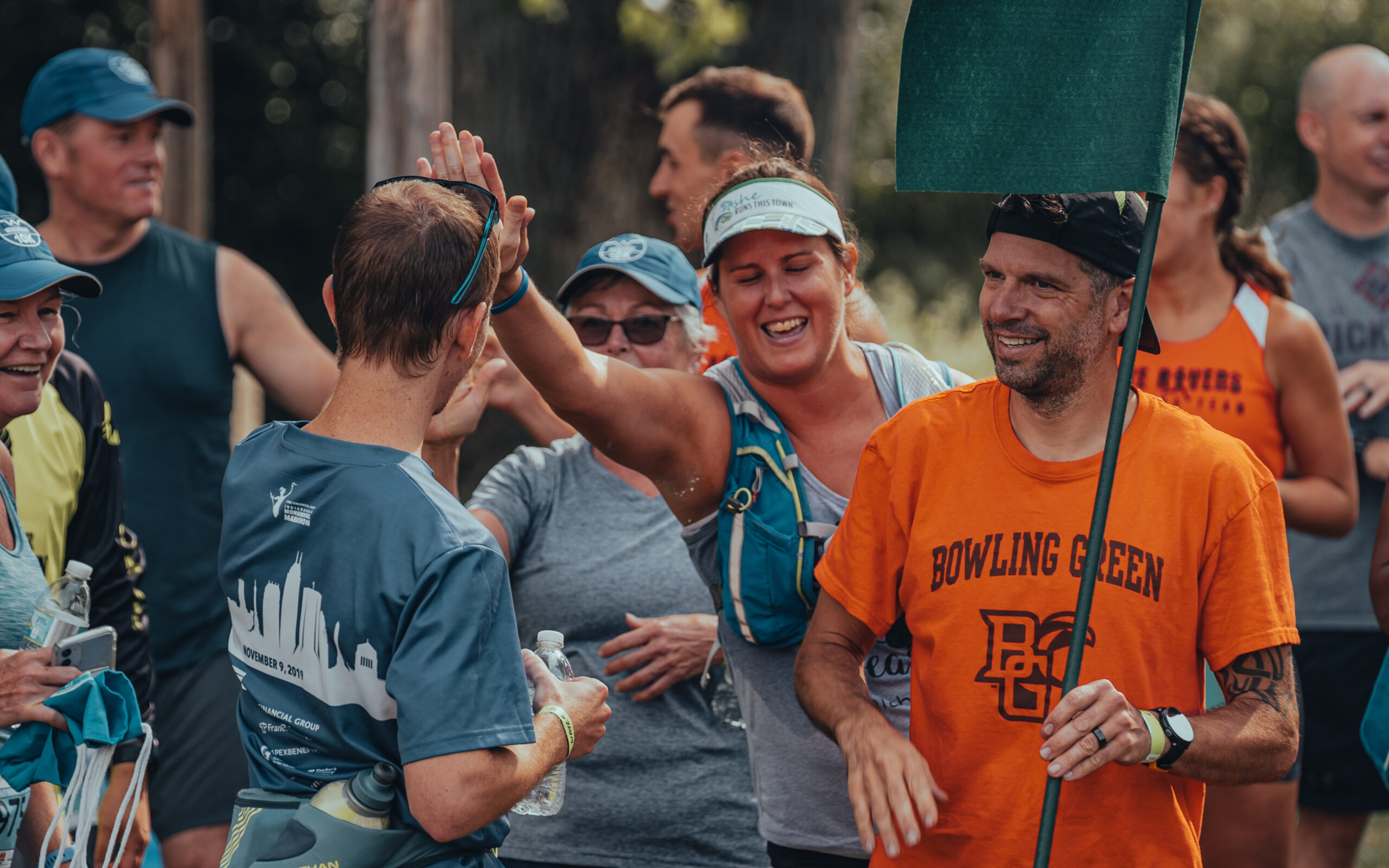 WHEN:  Saturday, July 23 2022
Please arrive at the race site no later than 7:30 a.m. to ensure you can make the race start at 8:30 a.m.  Because we have a staggered start based on age/gender, we cannot accept late registrations.

DONATIONS:  Donations will be accepted at the race and given to Team RWB, a charity helping veterans recover and reintegrate through physical activity and social interaction.

If you are not an ORRRC member, register on race-day in-person by paying with cash or check!

The course is mostly an out-and-back on the “Creekside Trail”, a “rail” trail or paved path.

Elevation changes on the path are not even perceptible, but technically it is slightly uphill to the turn-around, and then slightly downhill to the finish.

The Beavercreek 9/11 Memorial is along the way, and there is a small valley as you pass under Fairfield Road towards the memorial.

Trees line the trail and provide good shade in most areas, especially earlier in the morning.

Travel eastbound on Route 35 toward Xenia until you hit the first traffic light (Factory Road), where you will turn left to head north on Factory.  You will immediately cross over the Creekside Trail, and just beyond that you will see signs for “EJ Nutter Park” on the left.  Follow the road into the wooded area until it turns into a dirt parking lot.  The race headquarters is at the shelter adjacent to the Creekside Trail spur there.  Please reference the above map for a more precise location.  Google Maps will provide quality directions if you enter 865 Factory Road, Beavercreek, Ohio, 45432. 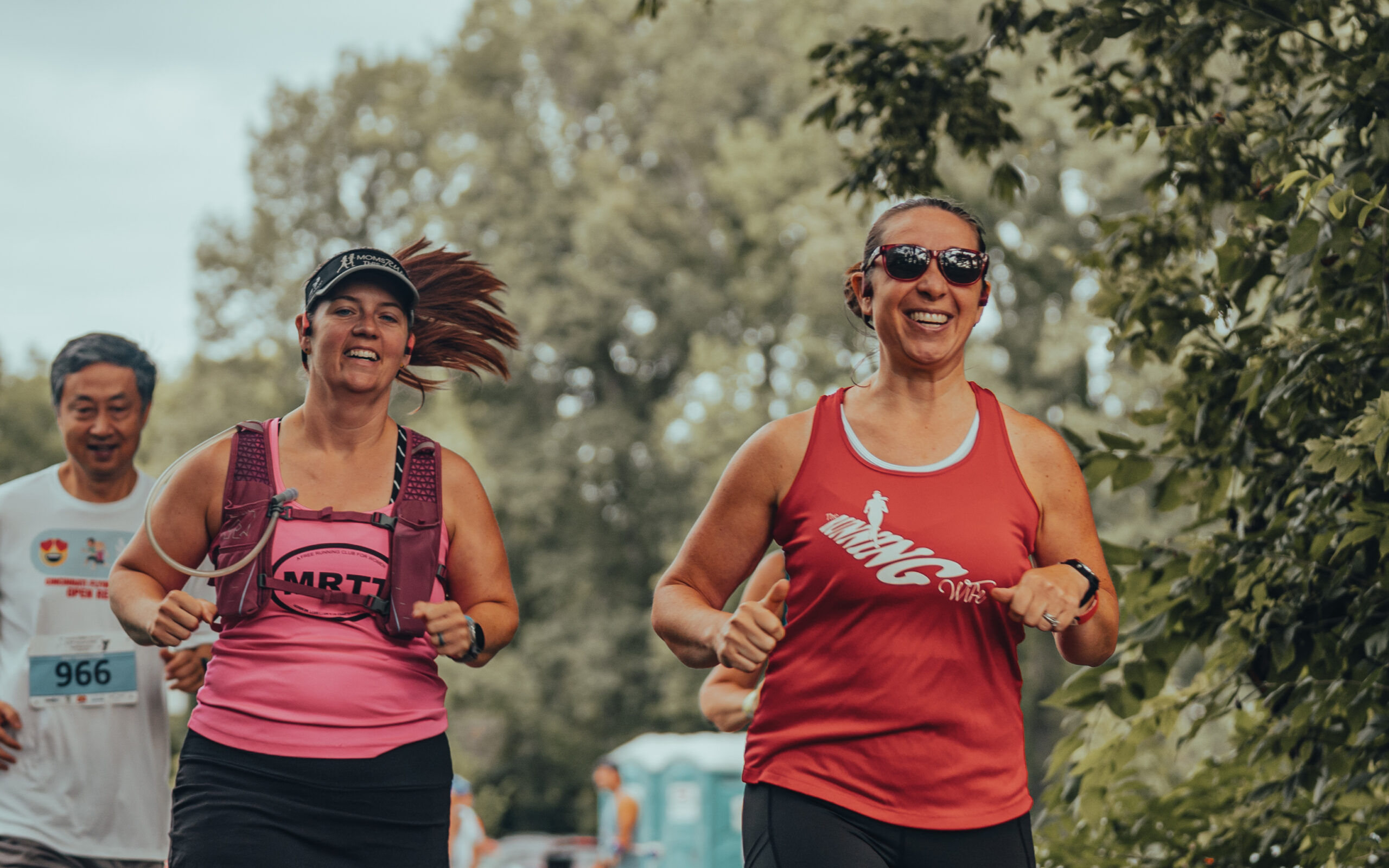 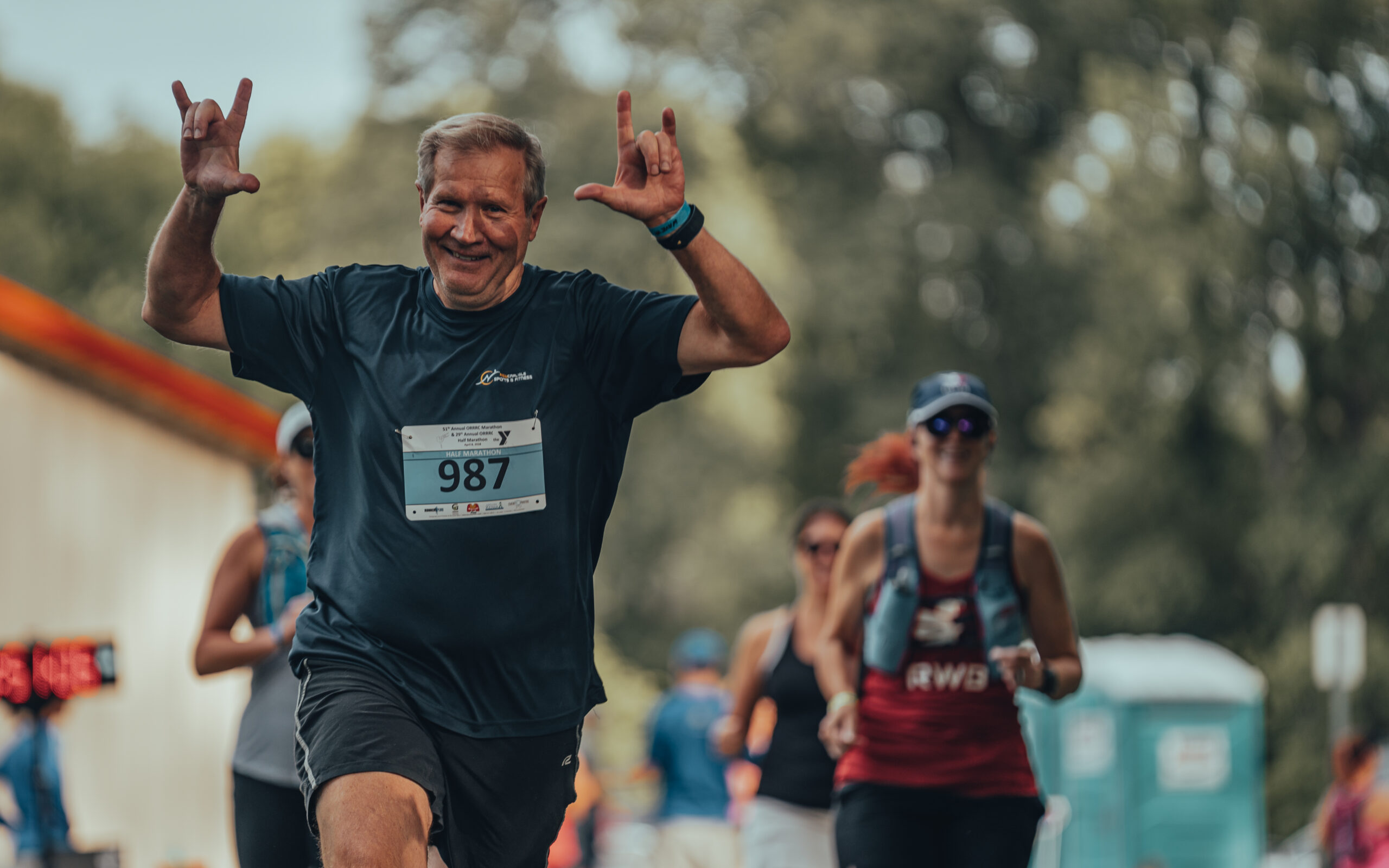 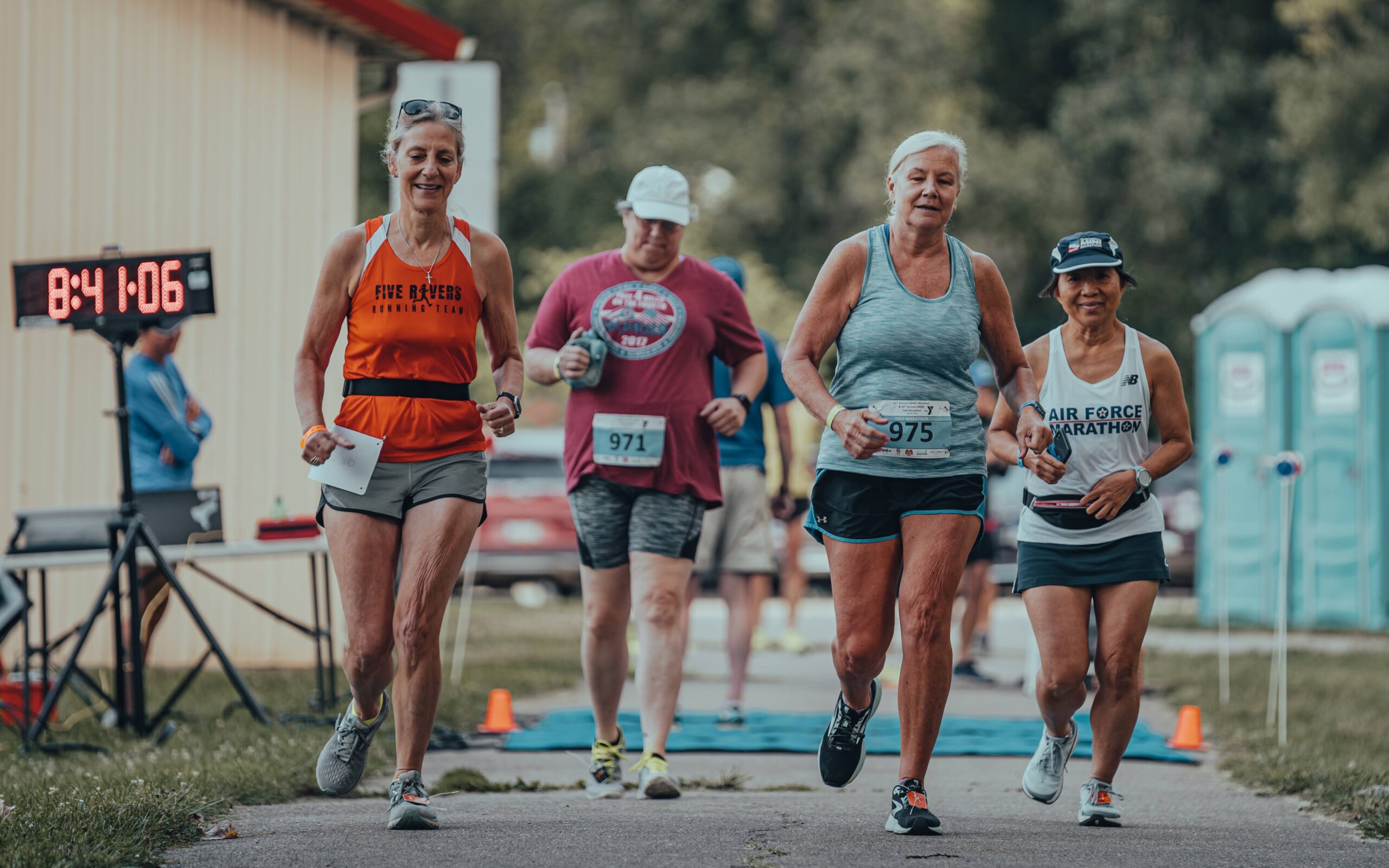 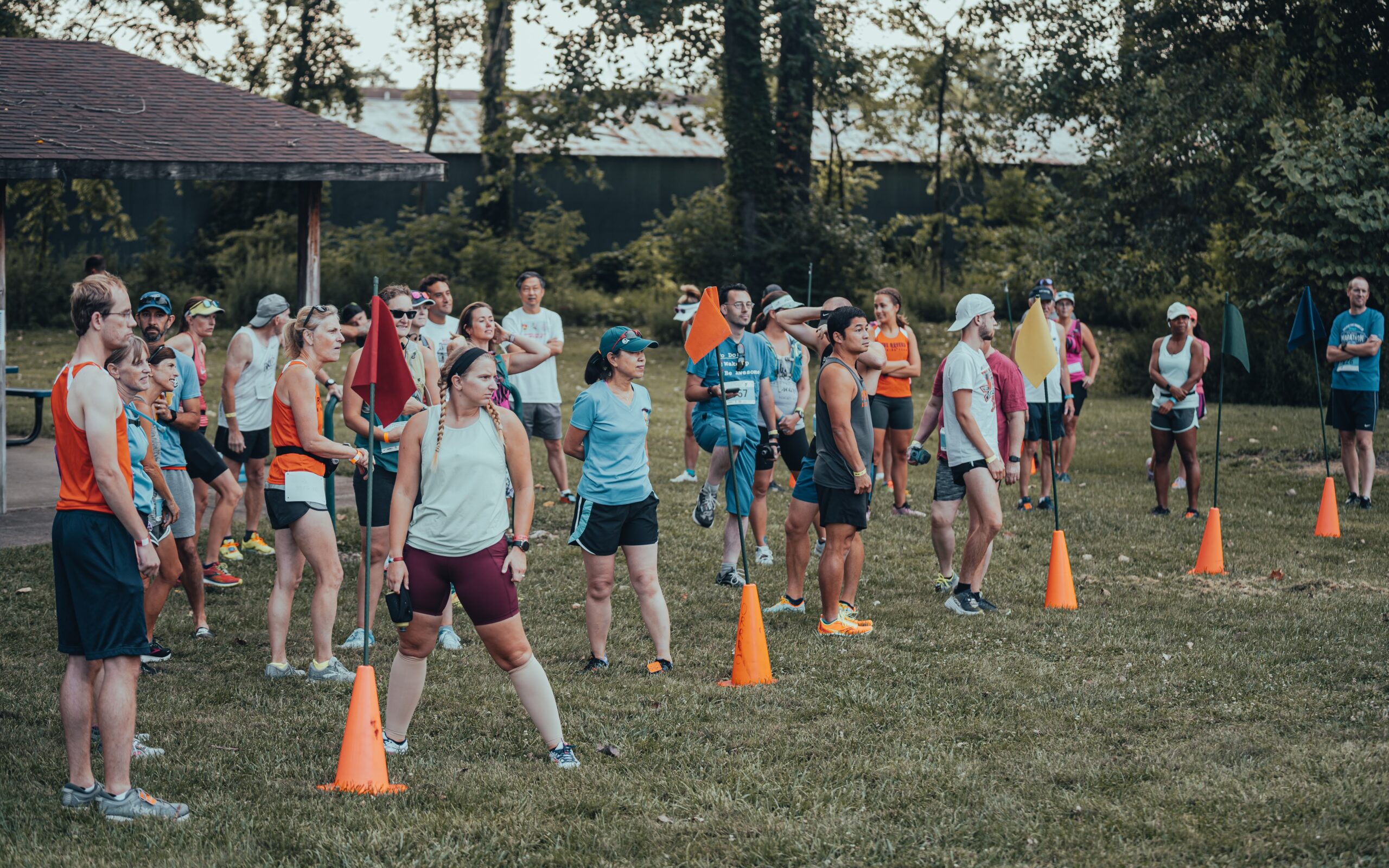 What start-wave will you be in for the WingMan 10k? Check the chart to the right to see where your gender/age group starts!

Please note: for logistics reasons, you MUST be registered by 8:30am to participate, even if your start-wave is not until later.

Awards will be given in the following categories:

●     Top 25 Race Finishers Overall: since this race has a staggered start by age/gender, providing awards to the top 25 finishers more fairly awards those who compete well against their age/gender category, and in-turn, allows us to provide a higher quality award. 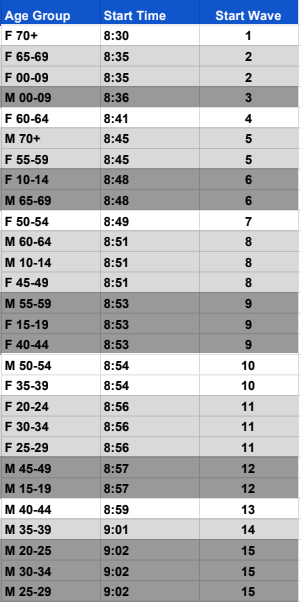 Donations will be accepted at the race and the proceeds will be donated to a charity benefiting veterans.

Meet some new friends and have a great time while making a valuable contribution to the local running community by volunteering at the WingMan 10K!  If you would like to help, please contact the race director below and we’ll be sure to find a job for you!